LinkedIn profile photos typically have one thing in common: a great image of themselves from some sort of place or event where they were feeling great. Right off the top, this may sound like a pretty simple and successful formula, but those photos typically come from weddings where someone else’s shoulder is cropped off, or along a hike where you can admire the scenery but barely see the person’s face. Sure, they are great photographs from a moment in time where they were riding one of life’s highs, but it doesn’t necessarily translate to a great professional image of yourself.

One of the reasons people like these images of themselves is simple — they love their expression. Lighting doesn’t matter and simplicity be damned. They were having fun and took a photo where the camera seemingly didn’t exist. While those are two components are critical to a great headshot, it takes a bit more to produce an image that sets your best foot forward.

Matt Stanley, like many, was using an aging photograph that he kept using because it was one he felt great about, and sometimes even used an image that didn’t  include himself. “For a while I took my old photo off of LinkedIn, replacing it with an American flag for Flag Day,” he says. “I could re-post my old photo from 6 years ago but I felt that not only was it outdated, at some point I would need to replace it.”

Replacing that old image took some time. “One of the challenges was deciding whether or not I really needed to have a professional headshot, Stanley said. “So many folks use what they have on their phone and it’s good enough.”

We all go through times where a particular challenge is more of a mental game than a physical one. Deciding to jump the hurdle and invest in new professional headshots is really no different. The reasons are abundant, and most notably, it stems from supremely busy lives or not really knowing where to start the headshot search.

Stanley’s experience was similar, with an added wrinkle: “I had been mulling over starting a website for future singing engagements and knew I would need professional photos as part of that effort,” he states. “I decided to look for a photographer and immediately found Ian Johns using a Google search for professional headshots in Boston.” 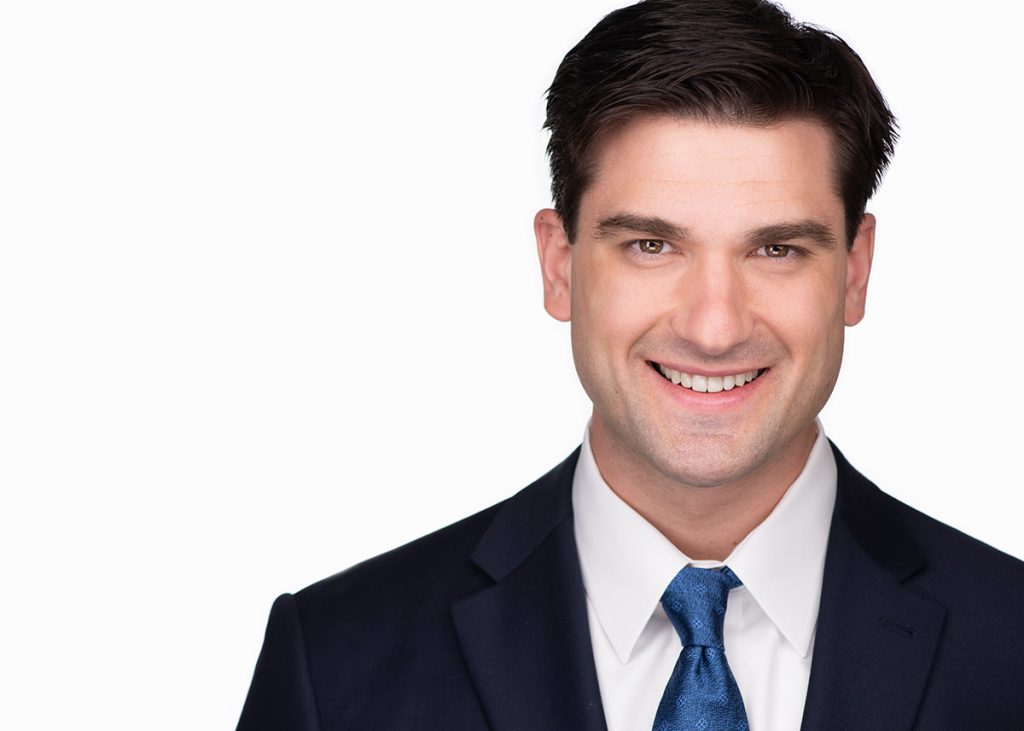 Talk a little bit about how your mindset changed after experiencing your headshot session. What were some of the features and qualities that made it an enjoyable way to spend your time?

Matt Stanley: After a few minutes of learning how the session would work and talking with Ian, I knew I had come to the right place. The studio was conveniently located, clean and comfortable. I didn’t expect there to be music and was pleasantly surprised to have that be part of the experience. It wasn’t like previous headshots I’ve had taken.

Ian explained the advantages of the posture involved, various backgrounds used and subtle aspects of what constitutes a confident and worthwhile headshot. Ian involved me in the process of looking at the shots on the computer screen so that I knew how they were coming out and what we might want to change to improve the shots.

It was great to be able to talk with Ian as we went through the shoot because he has a friendly and kind personality that made the shoot more authentic and not awkward.

Speaking to those who might be on the fence about booking a headshot session, what might you say to anyone who is going back and forth about whether to make the jump or not?

MS: I would encourage them to not wait to get their headshot. Ian guides you through the entire process with detailed information so that when you arrive on the day of the shoot you are well prepared. Compared to many other photos used on social media especially, the professional headshot is an unmistakable statement that you are serious about your career and reputation. It shows that you have self-respect and put your best foot forward.

Looking back on your session, what highlights stand out that you’ll always remember?

MS: Ian knows how to accentuate certain features like the jawline that will enhance the overall quality of the shot. It’s not one photo and then out the door. You will be directly involved in deciding which of the hundreds of photos truly show your genuine confidence.

Ian helped me decide what shirt/tie/suit combinations would be the best for the purposes of my headshots. The different backgrounds and angles added multiple new dimensions to the resulting headshots. It was nice to have a variety of looks to choose from at the end of the shoot.

It was nice to know there were a few different drink options in the studio if I needed one. That added an extra sense that Ian is serious about helping his clients have the very best headshot on the day of the shoot. I hadn’t expected that!

Ian’s website is informative and laced with good humor. I appreciated the relaxed vibe while remaining professional and interesting as I was making my decision about who to schedule with. I learned a lot just perusing the Ian’s website!